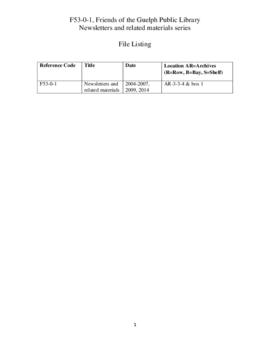 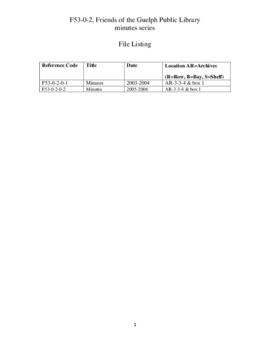 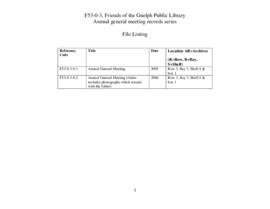 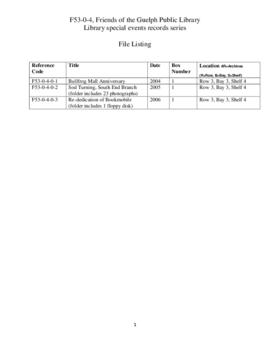 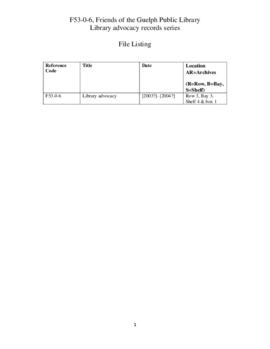 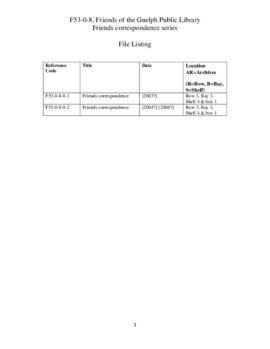 Friends of the Guelph Public Library

The Friends of the Guelph Public Library was established in November of 2003 as a charitable, volunteer organization. It was officially constituted in January 2004 during a meeting at the Guelph Public Library. Founding members include Madeline Bakker, Bill Mckinnie, Ann Reed, Marilyn Shapka and Susan Percival. Initially the organization started with one chair Susan Percival, but she was later joined by Bill Mckinnie as co-chair. The executive is also made up of members at large and ex-officio members consisting of library staff and library board members. Membership is open to individuals and corporations who share the goals of the organization.

The goals of the Friends are to work with the library to promote reading, information literacy and to arrange programs of interest to the community in cooperation with library staff. The Friends are also involved in fund-raising activities and they serve as an advocate for the Guelph Public Library. They also produce a newsletter and participate in organizing events to celebrate library milestones.

This fond is organized into nine series

See series descriptions for more details on available listings for these records.

Further accruals of records are expected.