This fonds consists of photographs and various textual material.

This fonds consists of one DVD copy of a VHS copy of a film, originally on 16mm. 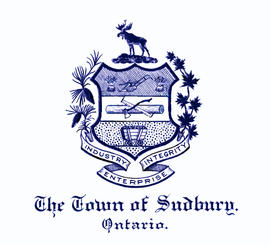 This fonds consists of administrative, financial, judicial, and photographic records documenting the operation of the Town of Sudbury. 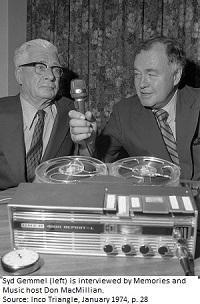 Fonds consists of Photocopies of photographs: Saint John and Sussex Detachments of 2nd Contingent. Hussar Officers of the 26th Battalion in 1914. Regiment training at Valcartier and staff at Shorncliffe. Also includes an original bound copy of Records of Service for 1910-1920. 5 photocopied pages of General Orders for Tank battalion and Machine gun corps, one photocopy of General Orders 1918 re organization of Canadian Tank Corps. Also includes a pamphlet of Canadian Cavalry Association By-laws. One page photocopied from Canada Gazette listing Appointments, Promotions and Retirements in 1918.
Photograph of Canadian Army setting sail October 1914. Included are photographs of officers and men and a photograph of regimental Billets in Belgium, 1915. One pamphlet on the Vimy Ridge Memorial. Cablegram and postcard from J.A. Bain which includes his pay book and service book from 1917. Typed copies of letters written by soldiers, together in a binder. Original Certificates, pay book, berthing card and 2 handwritten notebooks from Sgt. R J Stapleford which includes numerous photographs acquired by him. A original copy of cartoons from the "Bystanders Fragments from France" and a copy of the story of the Fourth Overseas Siege Battery from 1914-1919.

Fonds consists of Compositions: 5 page short story about Princess Louise titled "The Last Horse" , a 2 page short story about Lt.-Col G. R. H. Ross titled "Hussar Family Memories" and a photocopy of a 3 page article from the 1984 London Gazette written by Major H R S Ellis and sent to Cpl. Bowser by Patricia Belier.
Materials titled down memory lane that include short stories about Princess Louise and newspaper clippings . Correspondence to and from Tim Ellis regarding 8th Hussars issues. Materials regarding Honorary Colonels and Lieutenants colonels .
Maps from 1940 and Royal Canadian Armoured Corps, Embarkment for England and Holland And Liberation . Included are materials on the regiment standing orders and training plans .
Also included is photographs and Memorabilia of Tim's.

Fond consists of photographs of the donors experiences with the regular force regiment.

This fond consists of photographs of various events of the regular force regiment. Textual Records from Radley Walters Chapter, newspaper clippings and materials on Princess Louise the Mascot.