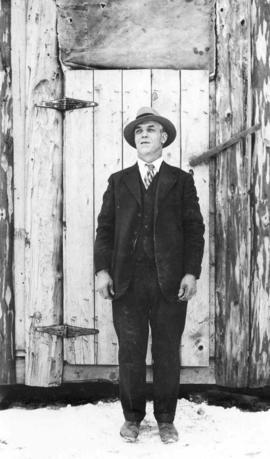 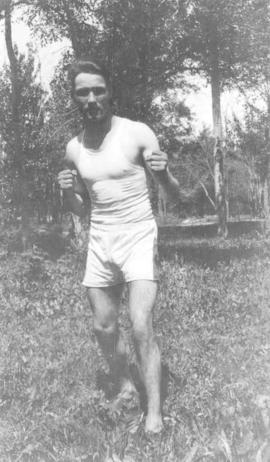 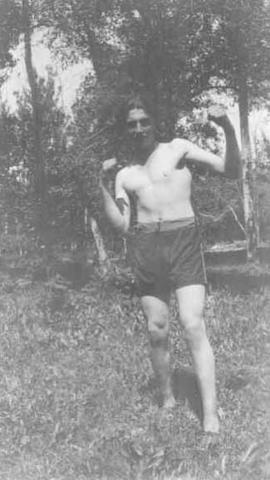 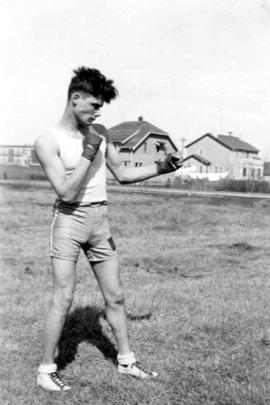 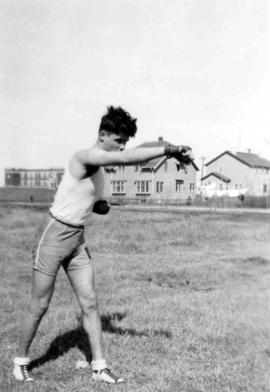 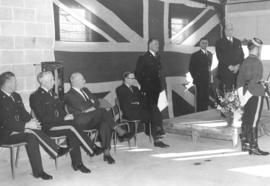 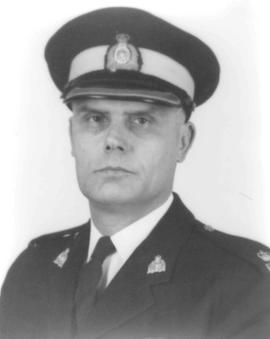 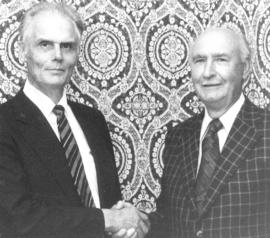 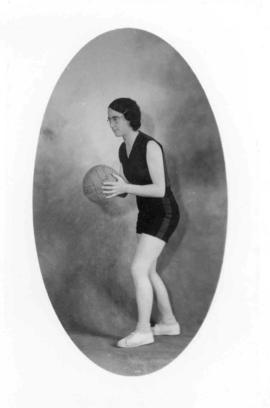 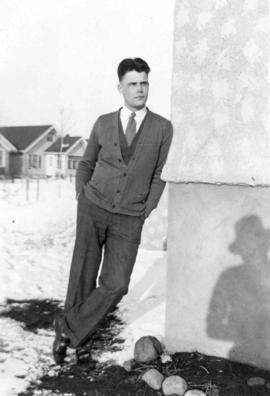 15 cm of textual records and other materials.

The fonds consists of correspondence and certificates of Isreal Shank including Olds School of Agriculture, his years in the RCMP, his involvement in numerous horticultural endeavours and cards from his 95th birthday. There is a booklet entitled "Jackie"(about a seagull) written by his second wife, Aileen Teal Shank, 2 books written by Isreal Shank: " Memories of a Mountie" and "Some Things I Remember", and a copy of Athabasca Album with an addendum of commentary. There are 23 photographs of Mr. Shank including a signed photo of Queen Elizabeth II and Prince Philip; 1 audio cassette; and 4 artifacts : 1933, 175 lb. boxing championship medal, 1951 presidential plaque of Saskatchewan Horticultural Societies Association, 1936 Alberta Prosperity Certificate and a 1940s fur RCMP hat. The last addition is the 1952 document naming Mr. Shank as a Sub-Inspector in the RCMP. It is signed by Governor-General Vincent Massey. A scrapbook has items regarding the boxing prowess of Isreal and his brothers. Oliver represented Canada at the Berlin Olympics in 1936 as the light heavyweight champ of Canada.

Other materials include: photographs, books, an audio cassette and artifacts.

Donated to the Athabasca Archives by Isreal Shank