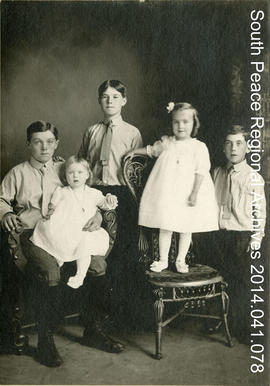 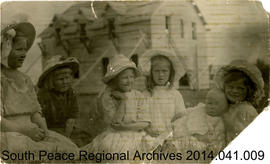 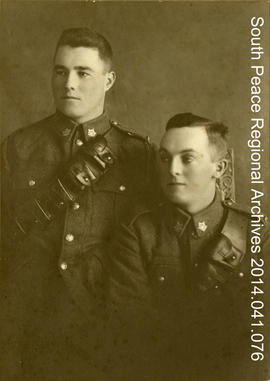 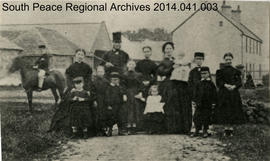 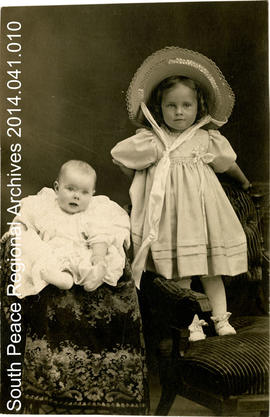 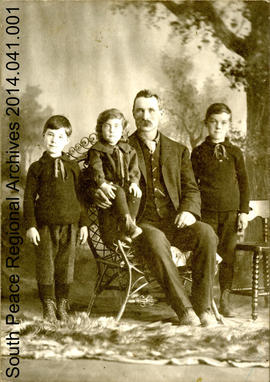 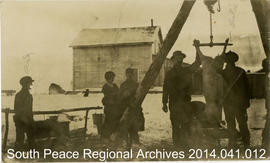 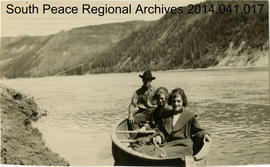 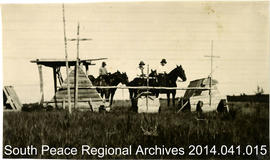 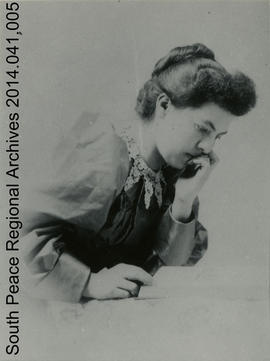 William Alexander was born on October 21, 1862 at the “Bent of Haulkerton”, Laurencekirk, near Montrose, Scotland. He was the son of William Alexander and Jessie Cream Fettes. William Sr., born 1816, was the son of Thomas Alexander and Elizabeth Milne in Forfarshire. Thomas’ father and grandfather were also named William. Jessie Cream Fettes, born 1824, was the daughter of Lawrencekirk’s Dr. James Fettes and Euphemia Cream. William Sr. and Jessie had 12 children, of whom one immigrated to Canada, some immigrated to New Zealand, and the others remained in Scotland. William and Jessie farmed a holding of 462 acres, with several employees, which they had inherited from William’s father. The farm was known as the “Bent” and remained in the Alexander family until 1930, when William’s brother, Jim, sold it and retired to Montrose.

William left Scotland at the age of 18, bound for New York, later moving to Canada, drawn by the gold rush. He became involved in the Riel Rebellion as the driver of a Red River cart and eventually made his way to Edmonton after the Rebellion ended. From there he went to Rossland, British Columbia, where he married Emilie Dannhauer in 1896. She had been born in 1873 in Pembroke, Ontario, the daughter of Paul Dannhauer and Caroline Gutzmann. Her family had journeyed west to the Stony Plain area in 1892.

The couple later returned to the Edmonton area where William worked in a lumbermill. They had 5 surviving children: William Paul (born 1897 in Rossland, BC), Charles Edward (born 1899 in Inga, Alberta), Frederick Arthur (born 1903 in Inga), Jean Emilie (born 1906 in Inga), and Maggie Helen (born 1908 in Strathcona).

In 1910, William walked to the Peace Country in search of land. The rest of the family followed in the spring of 1911 with a caboose and sleighs pulled by ox teams over the Long Trail. William filed on homestead land west of the town of Rycroft (portion of NE 5 and SE 8 78-5 W6th) in 1911 and obtained an additional half-section using South African scrip (NW 4 and SW 9 78-5 W6th), gaining the patent to the land in April 1916. A large two-story home was built, which was later used as a hospital during the 1918 influenza epidemic. William Alexander was also one of Rycroft’s first reeves, serving on council 1918-1919.

On August 10, 1916, Emilie Alexander died of Bright’s Disease and the rest of the family dispersed shortly thereafter. William Jr. and Edward enlisted for service in the First World War, Arthur moved to Edmonton to take classes, and Jean and Maggie were sent to Edmonton to live with relatives, where they remained for the next five years.

William Sr. sold the farm in 1918 and in 1919 moved to Bear Flats, beyond Fort St. John, where he invested in Aberdeen Angus cattle. Unfortunately, the onset of a depression made the venture unprofitable. From there William Sr. and Edward went to Fort Fitzgerald and Fort Smith, where William was killed in a logging accident on June 6, 1928.

Bill Jr. farmed at Rycroft after the war then moved to Appleton in 1935 to assist his sister, Jean, by then a widow. He married Ida Walker there. William died in 1966 and is buried next to his mother in the Rycroft cemetery.

Edward married Kae Eggen from Edmonton in 1930. He lived in several mining communities in western and northern Canada, finally settling in Fort Saskatchewan due to ill health. Edward and Kae had two sons, William and Arthur. Edward died in 1973 and is buried in Evergreen Memorial Gardens, Fort Saskatchewan.

Arthur was a bookkeeper and store manager in Hudson’s Hope and married Violet Neilson from Fort St. John in June 1918. They had a son, also named Arthur. Arthur Sr. died in 1938 and is buried in the Rycroft cemetery next to his mother.

Maggie married Emil Baron from Stony Plain in 1931 and the couple had three children: Douglas, Jean, and Gurth. Maggie was employed as a secretary-bookkeeper in Edmonton and at the town office in Fort Saskatchewan. She died in 1995.

The records were created by various members of the extended Alexander/Dannhauer family. They were assembled by Jean Baron Pearce and placed in albums. South Peace Regional Archives obtained permission to copy selected portions of the albums in May 2014.

A copy of William Alexander's death record was acquired by the Archives from a Fort Smith historian and inserted in the collection.

The fonds consists of family photographs, correspondence, and genealogical records of the William Alexander Family. The photographs ([ca. 1966]-1980) show William Alexander, his wife Emilie Dannhauer, and their families, the Alexander children in Strathcona, Rycroft, and Grande Prairie, various boats on the Peace River, the Fort Fitzgerald wood camp, the Art Alexander family in Hudson's Hope, the O'Brien girls, Maggie and Emil Baron and their children, Ed and Bill Alexander in their army uniforms, and the Alexander gravesite and O'Brien Park.

The records were arranged in a series of binders and albums, as assembled by Jean Pearce. They have been selected and rearranged by the Archivist into chronological order. The photographs have been left in the order they were given by Jean; not every photograph in the albums was copied.

The records of the Alexander family were assembled into albums by Jean Baron Pearce. South Peace Regional Archives obtained permission to copy selected portions of the albums in May 2014.

Fonds consists of copies only (originals retained by donor).

A finding aid is available at http://southpeacearchives.org/fonds-572-alexander-family-fonds/

No further accruals are expected.